This is a placeholder for your sticky navigation bar. It should not be visible.

Welcome to Cinema Saves the World!

What is this show?

Cinema Saves the World is the latest partnership with PodCavern and Pull the Plug!

On this show Tuong & Justin will be testing their might and will by going through movie marathons of all your favorite franchises in the name of Saving the World!

But how will you be saving the world?

Great question! Tuong & Justin will be donating some good earned dollars to raise money for a charity of their choice (usually in keeping with our theme of the marathon). Using Facebook and the Canada Helps donation page, we will be able to collect donations from our amazing audience that goes directly to the charity.  ALL proceeds will be going to the charity and never to PodCavern and Pull the Plug. So far over the course of three marathons we have raised over 4000 dollars for organizations such as SickKids Foundation, New Mom Project, and UNICEF Canada.

We have a brand new Cinema Saves the World March 20th, 2021 details below!! 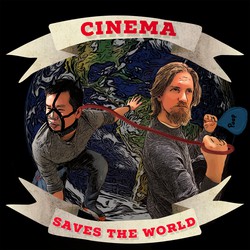 Cinema Saves the World is BACK! We love animals. I mean, who doesn’t!? They’re adorable! We want to help out Humane Canada in their quest to protect and help humane societies throughout Canada. They are the only national organization representing humane societies and SPCAs in Canada.

Join Cinema Saves the World in helping out our animal friends across Canada!

Marathons we have done so far

This is your page widget area. Please go to Appearance > Widgets to add new widgets.